Modern Standard Arabic (MSA) or al-fusha is a direct descendant of Classical Arabic and is now the language of elevated discourse or correspondence, contemporary literature, and the mass media (whether newspaper, radio, television, or the internet).

MSA is a formal, mainly written language that is not used for daily-life communications. 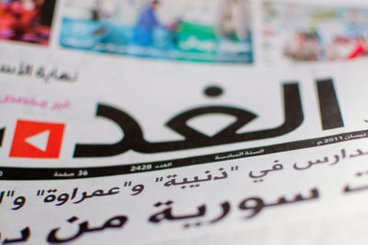 There are no native speakers of Modern Standard Arabic, but the vast majority of the educated in the Arab world learn MSA through formal schooling.

Although Arabs not educated formally cannot produce MSA, many can comprehend it because of the considerable overlap between the different varieties of Arabic. Modern Standard Arabic remains largely uniform throughout the Arab world.

The Arabisk Sprogcenter offers a modular series of courses in Modern Standard Arabic aimed at taking the student from no previous knowledge of Arabic to high-level proficiency. When bringing out the natural logic in the Arabic language, learning is facilitated. We aim at building up functional communication skills in all 4 areas of lanugage competency (Writing, Speaking, Listening/Understanding and Reading) , and blend grammar learning with building up the student's  vocabulary tailored to the personal focus points.